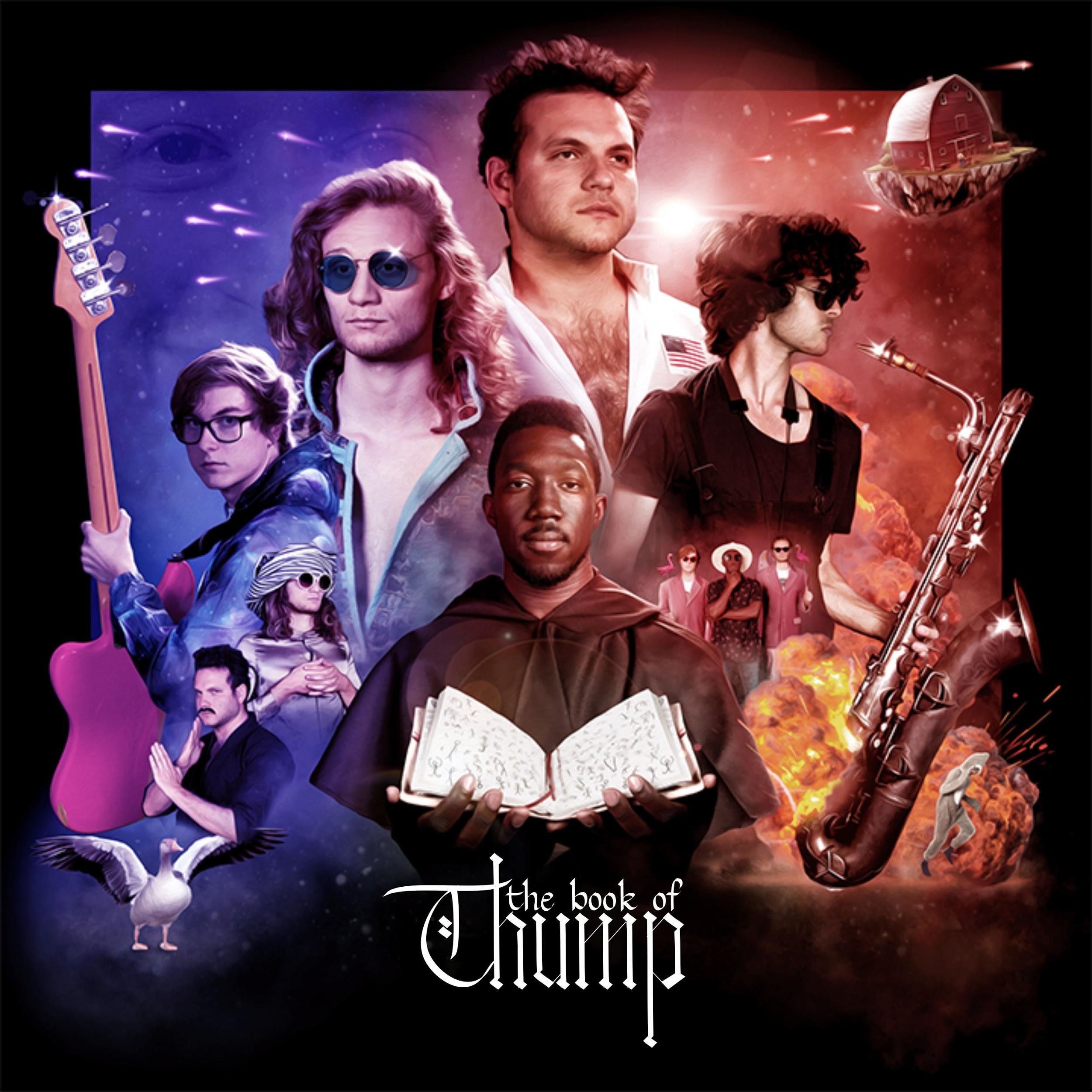 They are responsible for some of the sickest house parties in Air BnB’s and houses around Los Angeles. I cannot underscore enough that this band throws house parties unlike any you have experienced.

Thumpasaurus are a gang of five superbly skilled young American musicians taking hugely divergent influences and channelling them into something uniquely…  Thumpasaurian.

Last year we began hearing stories of the funky five’s wild house parties, thrown at Air BnB’s across Los Angeles. Of course, we had to get in on the action and we’re delighted to be one of the few UK destinations on Thumpasaurus’s next outing across the pond.

Musically, the band have their own unique punk/funk stew with traces of Zappa, Beefheart, James Chance, Funkadelic/Parliament, Morphine, Devo, Talking Heads and Prince, as well as some rocking heavy metal, free jazz, musical theatre and even some light opera references thrown in for good measure.

Lead singer and guitarist Lucas Tamaren’s alter ego, Sensei Boland, recently achieved web notoriety by challenging the world to bring him something he can’t karate chop. A promotional meme for “Mental Karate” resulted in Buzzfeed picking up on the video and the band’s music being shared by the likes of Alt-J, Shakey Graves, and Rob Thomas amongst others. Check it out here: http://whatichopped.com

The band’s manifesto sums up their live show in a few simple words: Think. Dance. Smile. Feel. Long may you Thump.