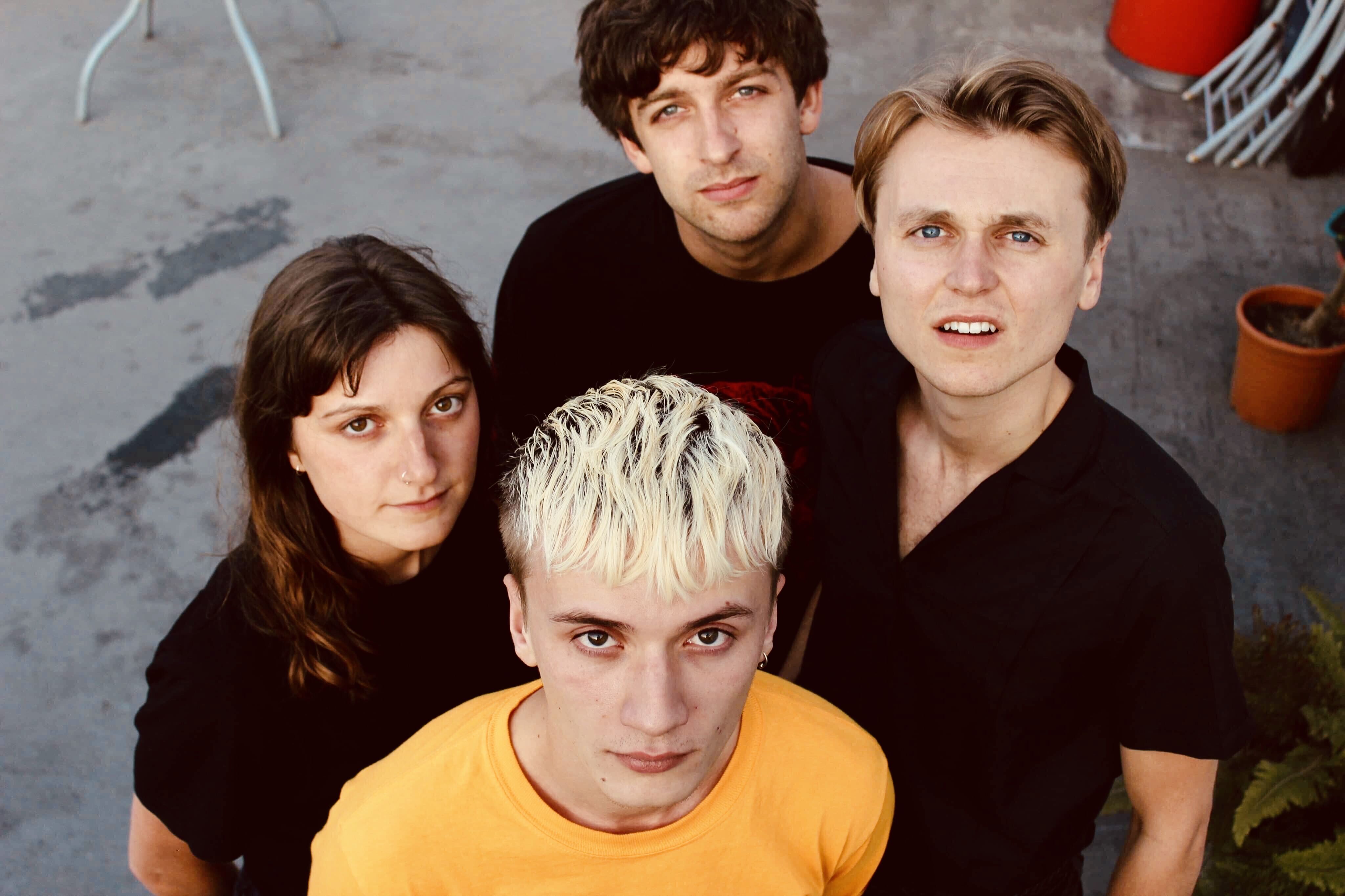 London 4-piece, Talk Show, burst onto the scene at the beginning of 2019 with the release of their debut single via YALA! Records, ‘Fast and Loud’. We instantly fell in love with their intense, raucous outlay of post-punk energy, and they were one of our first bookings of the year.

In their short time as a band they have performed throughout the UK and Europe in support of artists including Fontaines D.C., Squid, Fat White Family, Crows, The Murder Capital, Black Country New Road and Pip Blom.

The band’s unmissable live show has already seen them headline London’s Lexington, demonstrating their status as one of the UK’s most exciting up-and-coming artists.

An intense and intimate performance awaits us in USAGI’s Tavern come July, which will be an increasingly rare chance to see the band up close and personal, as their latest headline tour is already taking in 700-capacity venues such as London’s Lafayette, Nottingham’s Bodega and Manchester’s YES.