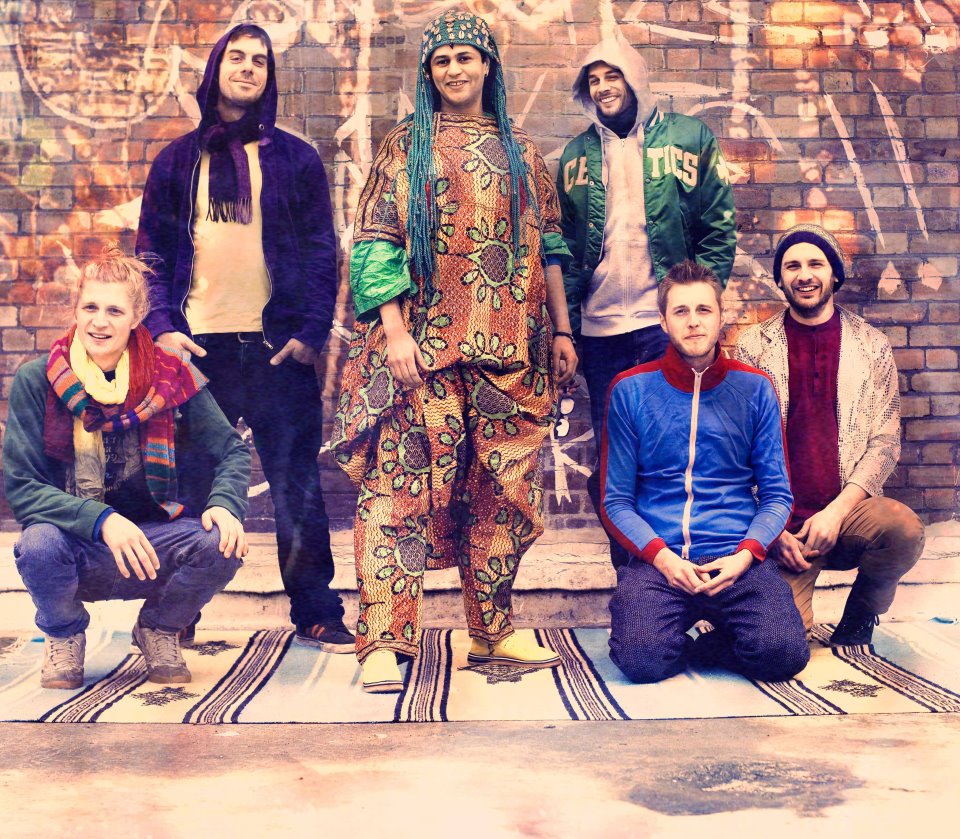 Electric Jalaba are rooted in the ancient culture of immediate creation, a heightened state summoned by the shapes of psychedelia and the echoes of Jamaican dub, by the cyclical trance of electronic music and the transformations of jazz.

By the hypnotic pulse of Moroccan Gnawa music, a North African tradition with healing at its core and roots reaching further down into the Motherland.

All of this and more swirl inside the music of Electric Jalaba: six musicians with a groove that immerses and dazzles. In Arabic, the mother tongue of Moroccan-born singer and guimbri player Simo Lagnawi, a leading practitioner of Gnawa music in Britain, they call this subcurrent, this indefinable quality, ‘el hal’. The feeling.

Fittingly, El Hal is the title of their new third album, and their first release in five years. It’s a multi-faceted work that finds the band tighter than ever, deploying a vast cache of influences across nine tracks improvised and developed in their south London studio then deftly produced by Keen.