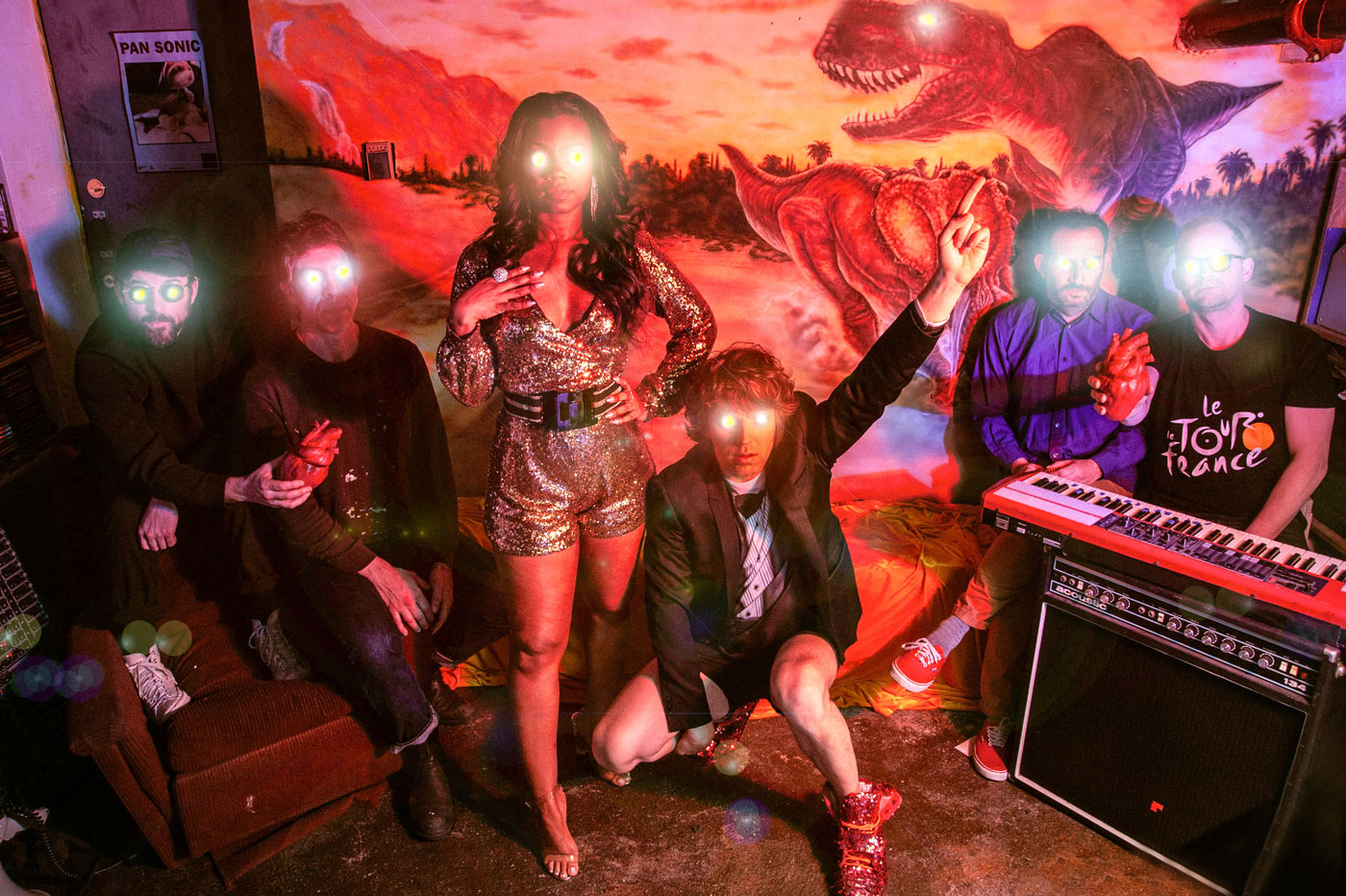 Pure booty-shaking disco. ‘Wallop’ is the most fun !!! have ever been.

The Saturday Main Stage headliners and full-time NYC dance-punk lifers have been chronicling the perpetual meltdown that is American society for nearly 20 years now, from the clattering full-band thrust of their instantly iconic 2003 single “Me and Giuliani Down by the Schoolyard (A True Story)” to the dark disco of 2017’s wonderfully eclectic Shake the Shudder.

!!! (pronounced “chk chk chk”) boast an apocalyptic jukebox of assorted sounds and styles from dance music’s rich history — from the pie-eyed psychedelia of Madchester-era dance-rock to tunnel-vision techno and the flashy, bomb-dropping sound of UK grime.

If you’ve found yourself rubbing your temples while contemplating the collapse of everything around us? Well, !!! are bringing the soundtrack to your next nervous breakdown.