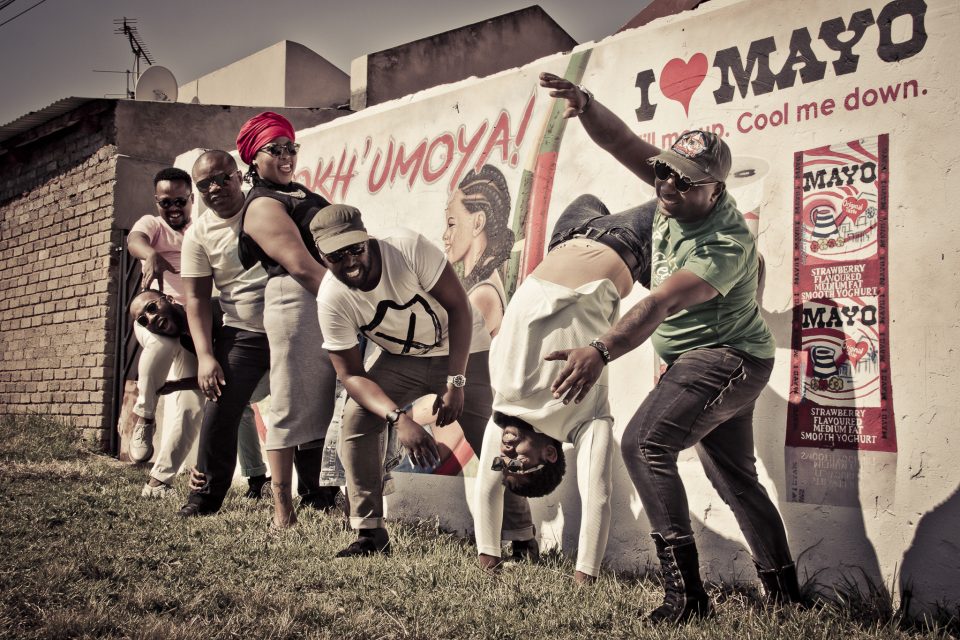 BCUC will come correct with their energetic, unique and magic formula; the voices of their ancestors, mixed with funk, punk-rock vibrations, hip-hop, Fela-inflections and much more in between.

This booking has been two years in the making but finally we welcome one of South Africa’s most successful musical exports, BCUC. Since exploding onto the scene, the seven-piece band has been mesmerising audiences globally with their indigenous funk and high-energy performances.

Artistic heirs to Philip “Malombo” Tabane and Batsumi, BCUC seek to give a contemporary voice to the ancestral traditions of indigenous peoples. Jazz sounds of 1970s and ‘80s productions have been replaced by hip-hop influences and a punk-rock energy.

The Africa portrayed by BCUC is not poor, but rich in tradition, rituals and beliefs.

Their music derives from a blend of genres across the ages and they draw inspiration from indigenous music that is not exposed in the mainstream.

“Music for the people by the people with the people” – a people they refuse to box into one community, to circumscribe to one skin colour.

We are truly privileged to have BCUC closing the live performances for the weekend with their Saturday headline set in our Big Blue Tent.