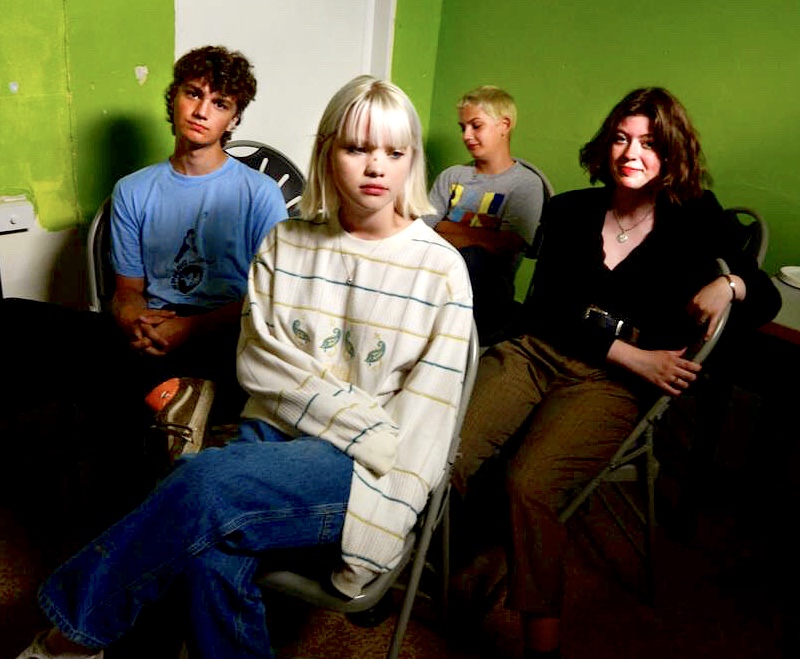 Blending a unique take on the current post-punk revival with the desert rock sounds of acts like Queens of the Stone Age and the spoken word of Kae Tempest.

Gods In The TV

Colchester-based four-piece, Anorak Patch, whose drummer is just 14 years old burst onto the scene in 2020 with their debut singles, ‘Beans’ and ‘Six Week Party’, the latter of which making the BBC 6 Music Playlist.

Keyboardist Effie Lawrence formed the group in late 2019 with high school friends Luca Ryland (drums) and brother Oscar (guitar), along with bass player Eleanor Helliwell and have been quick to announce themselves into the UK music scene with national airplay and press.